Cave Crusher is a remake of River Raid which is an old classic video game originally for the Atari 2600 console. You will control a small rocket ship which you must steer past (or destroy) obstacles like bridges but also use for shooting zombies and creepers to gain points. Collect gas tanks to increase your fuel level, or else you’ll lose and have to start over. There’s also score system which you lets you see your current score and also save your best one.

Click here or on the image down below to view a GIF animation. 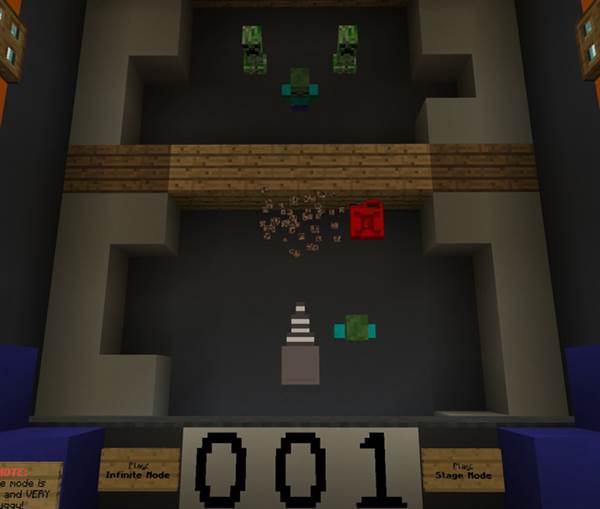 There are two different modes and each of them have their advantages.

Use the control keys to control the rocket ship and press the jump key to shoot. Also, make sure to collect the gas tanks or you’ll slowly run out! You can see your current fuel level in-game.