The Walking House Addon is likely the weirdest addon you will find. One of the mobs in-game has been replaced by a four-legged house which has the ability to walk. Besides that it looks really funny it can also be used as a riding mount or as something which can protect you against other mobs. If you like weird things then this house won’t get you disappointed!

How to spawn the walking house?

There’s just one way to spawn it and that is the same way as spawning an iron golem. Get four iron blocks and place a pumpkin on the middle top to spawn the house. 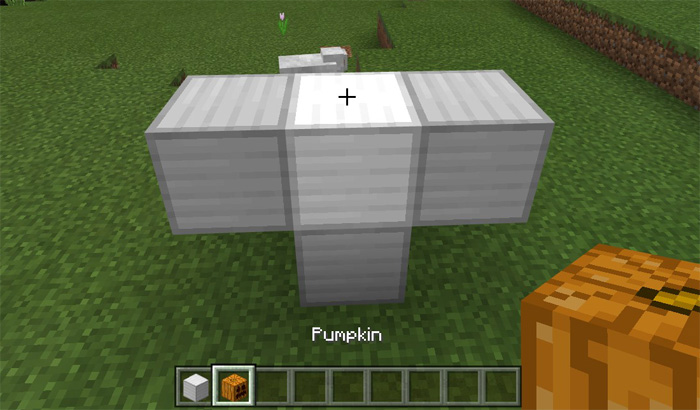 The house will occasionally turn direction but it will always stay in the same position unless it’s moved by a player or a mob.

The house is very detailed. It even got a custom made interior. However, no parts of the house are solid. That means you can’t enter the house or use any of the seen block. 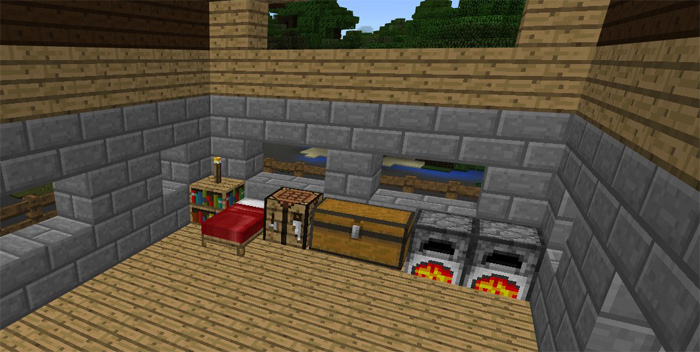 What can the walking house be used for?

You can ride the house by finding the small shadow underneath the house. Then simply ride it as if you were going to ride a horse or a pig.

Hold a blaze rod in your hand to control the direction of the walking house. 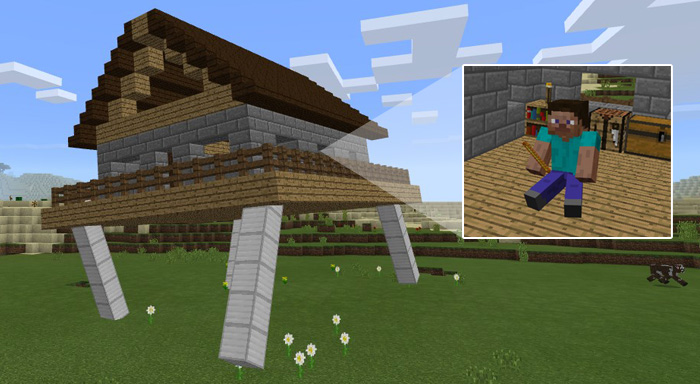 You can also use use a leash to lead the house wherever you want it to stand. 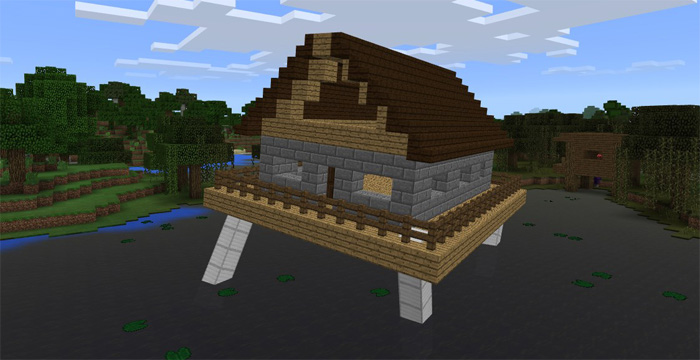 Get a name tag and name it “Monster” using an anvil. Then use the name tag on the house (shadow) to name it. As soon as this is done the house will start shake and then go crazy and kill any mob within a radius distance of 32 blocks. It will never hurt players though! 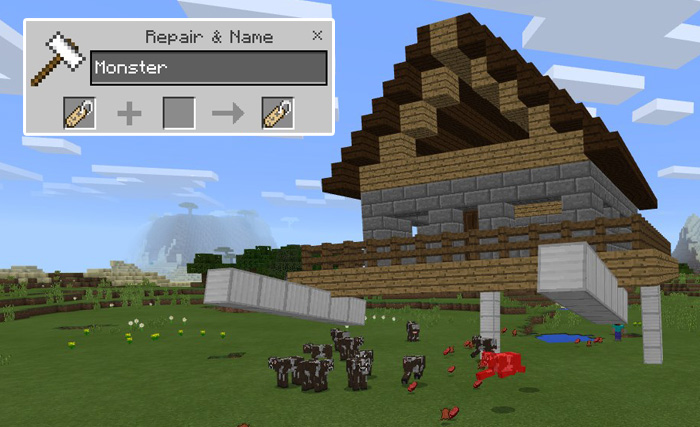 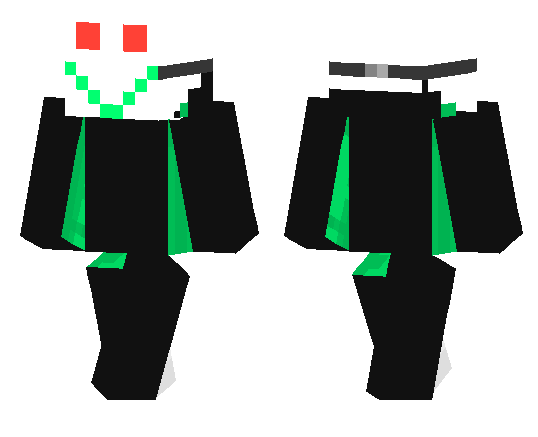