This is a command block creation which adds six realistic game mechanics to Minecraft Pocket Edition. All of them are great ideas which could with ease be implemented in your own worlds. However, it’s important to keep in mind that it requires command blocks and as a result you must be within a certain proximity of them for it to work.

Tree Captitator: Let’s just admit that some things, like gravity, isn’t very accurate in Minecraft. For example, if you’ve ever tried to cut down a tree you probably have noticed that some of the blocks remain floating. However, this command block creation will automatically destroy the wood blocks above the one you break. (It doesn’t work for the leaves though.)

Grass Trails: Walk anywhere that there is grass and you will leave a trail of dirt behind you.

Lily Pads Break: A lily pad is a plant and it’s not realistic that someone (as fat as Steve) could possibly stand on it without dropping right into the water. However, this creation enables a mechanic which makes them break if a player stands on them.

You can disable and enable all of the different mechanics by using levers in-game.

There are three more of these but I’ll let you explore them by yourself in-game. (Slow on ice, slow on snow, tall plants slowness.) 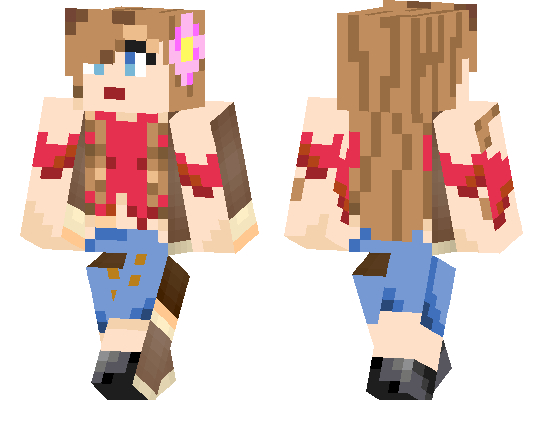