Are you tired of the wandering trader being completely useless? Do you often just kill him to get free leads? You know you do that, don’t lie.

Before I get started describing what this addon does, lemme explain why I wrote this addon and why it’s needed.

First, If you’ve played on a bunch of realms and servers, then you’ll know there is a great chasm between what players think are fair prices and what they think is too much. The realms I’m talking about are the ones where you get to the end and the 20 end cities you find have all been ransacked and there doesn’t seem to be a shulker alive or an elytra anywhere. Then on top of that, the guy who has the elytras for trade is either never on or thinks everyone spawns in with a fortune 3 pick and has stacks of diamonds just laying around.

The second reason is: I’ve taken some time to review the addons that are out there affecting the wandering trader and there isn’t one out there that goes in a direction of balance designed for realms and servers.   An Elytra shouldn’t be just a single emerald, and I don’t think every wandering trader should always sell one.

My aim was to create an addon that gives every player a reasonable chance to obtain certain items that are extraordinarily difficult to obtain due competition, pricing, extinction, or otherwise.  It was my aim to design everything so that the trades were balanced, but still difficult enough to work for it and have fun.   I also threw in an extra bonus with mob spawners to give the player some extra, but limited control of their own environment.

To explain what I’ve done here and why, it may be helpful to understand how the wandering trader’s trades work. From Vanilla, he comes with 2 tiers of trades.  He chooses 5 random items from a pool of regular items such as kelp, and then 3 random items from another pool of items like blue ice.  What I’ve done here is moved some items into each of these 2 groups and added a 3rd tier of items that are sold strictly for diamonds. Down below is a list of what items I’ve added, what tier they belong to and how much they cost.

(spawn eggs are randomly selected to only skeleton, zombie, spider, cow, and sheep)

This price list is the result of time I’ve spent analyzing the trades from the villager trades and experiences I’ve had trading.  For instance, some items are either easy or difficult to get and some items require entering another realm to acquire.  Grass requires silk touch, Magma is sparse in the overworld and requires going to the nether to get otherwise.  Soul Sand and Nether Quartz are abundunt in the nether, so I felt like each of these items should be 2 emeralds and in the first tier.  I feel like Sea Lanterns are a little more difficult to obtain as they require silk touch and they’re not as easy to get as grass, so double the price seems fair, which is the same price a cleric sells glowstone.

For Tier 2 prices, the Sponge is a tad more rare than Sea Lanterns, which you can find in parts of the ocean, making them more valuable, so I took it up to the next tier and priced it the same as Blue Ice 6 emeralds.  Blaze Rods and Nether Wart not only require the nether, but you have to go to a specific spot to get them, a Nether Fortress.  I think 16 Emeralds for a rod and 12 for the wart is fair.

The 3rd Tier was more difficult to come up with, and I expect most of the comments to be about these items.  The Elytra was a tough one.  The closest item in the overworld is a diamond chestplate and that’s 8 diamonds.  I went x2 for The End and x2 being only in a remote location.  I feel like 32 diamonds is more than fair for an Elytra.  A shulker shell is in a situation close, but more plentiful and easier to obtain, so a lower price seems logical as a result.  I priced them at 12 diamonds a piece, so that’s 24 diamonds for the materials to make a shulker box.  I also priced the enchanted apple at 12 diamonds because of the content.  I think this lower price is fair as a golden carrot is traded for only 3 emeralds and a glistening melon is 4.  To me, a golden apple would be 5 emeralds.  That being said, the enchanted apple cannot be crafted, and is very very rare, the old crafting recipe being 8 gold blocks with an apple to create.  I priced it at 12 diamonds, but I could see lowering it a little bit.

The Mob Spawner, I included so that people can create their own farms for various purposes.  Specifically 3 out of the 4 that naturally occur.  Skeleton, Zombie and Spider, but for a twist, a cow and sheep for production of leather and wool as well as food.  The Mob Spawner and Eggs are more difficult to obtain than what you think.  The Mob Spawner is 24 diamonds by itself and you gotta find the right wandering trader and have the diamonds to purchase one.  Then, to get a specific egg, you have to find another wandering trader who randomly picks the egg you want for 16 diamonds.  That’s 40 diamonds and a whole bunch of effort to get a mob spawner where you want one.  I specifically only put in those mob spawn eggs to prevent issues.  Nobody needs a creeper spawn eggs with a mob spawner.  could you imagine the griefing???

So, I hope everyone enjoys this addon, and that being said, I welcome comments and suggestions aimed to improve this addon and make it awesome.  There is always room for improvement.

Here are a couple of screenshots I took of random trades available with the wandering trader addon to show what you can expect: 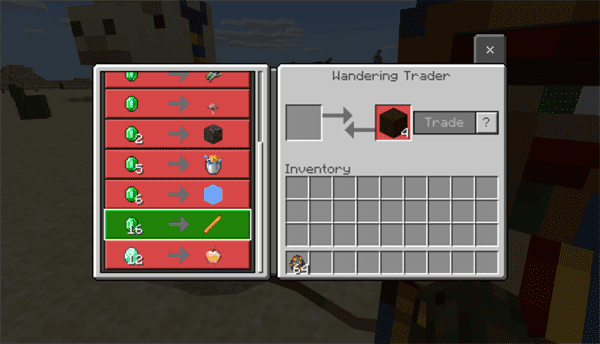 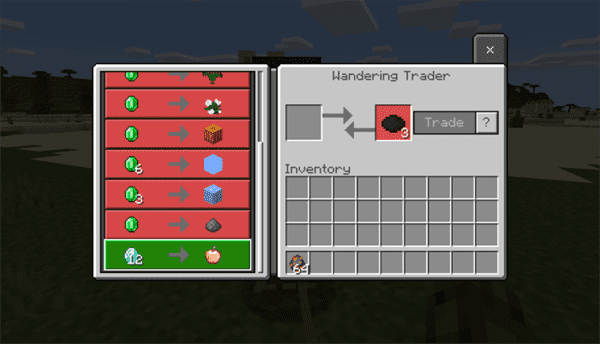 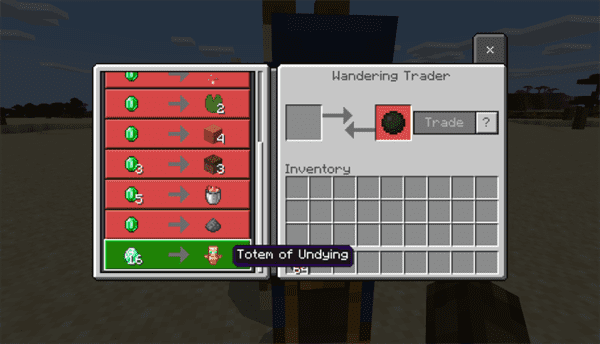 2. Minecraft should open and say importing.

3. Go to "Behavior Packs' for your map or realm and press the plus by Krads Wandering Trader Pack to add it. 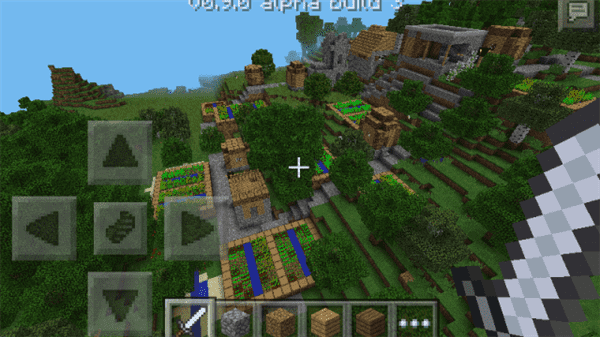