Have you ever heard of Baldi’s Basics? If you have, you are probably going to like this addon! It adds nearly everything from the game into Minecraft. It also makes Survival Mode way harder! Hope you enjoy the addon!

So I am going to show you guys the items first. Some are useful and some are insanely OP!

Safety Scissors – The Safety Scissors can be crafted by using one shear that you would use on a sheep and 2 wool blocks. It doesn’t really do anything yet but i’ll make sure it will do something VERY OP in upcoming updates!

B-Soda – Technically, it’s a mob but I just count it as an item because it is useful in the Baldi’s Basics game. When you spawn the B-Soda into your Minecraft world, it’ll roam it forever. In the next update, it’ll follow Baldi and kill him!

Grappling Hook – This item is insanely OP! You put your finger on your screen and keep it there for as long as you want to. Then, it’ll teleport you everywhere! It’s a great way to get rid of zombies!

Quarter/Principal’s Keys – These items are uncraftable but they are useful. They can craft most of the things in this addon. Then, you will have fun exploring the world of Baldi in survival!

Door Lock – The Door Lock doesn’t really do anything. It’s just THERE in your world! It will do something in upcoming updates but I don’t know what just yet!

Now, I am going to show you the one weapon in this addon… (It’s very cool. I think you’ll love this!)

Baldi’s Ruler – It is so overpowered that it has 100 attack damage! It can kill a Ravanger in one single hit. The only way to get this is to kill Baldi without getting hit by his OP ruler! 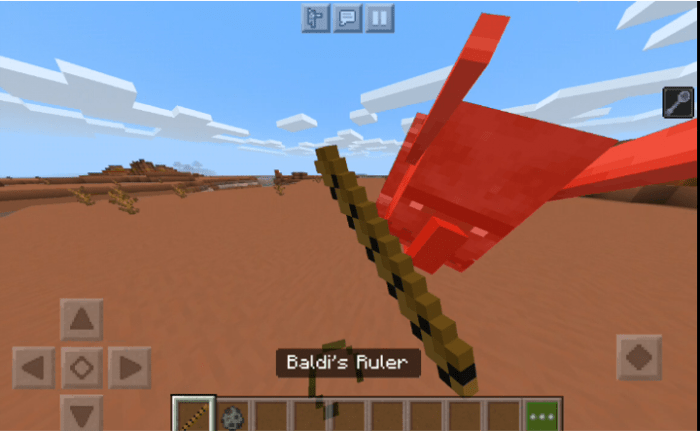 Well, i’ve got to show you the mobs in this addon! There are characters from Baldi’s Basics that you wouldn’t expect to be in this mod…

Baldi – Baldi is very dangerous in survival mode. He is equipped with his ruler and you wouldn’t want to go near him! Unless you have enchanted netherite gear, it is nearly impossible to beat him!

Principal – The Principal cannot give you dentention so he isn’t annoying at all! When he is spawned, he is equipped with his keys. I suggest you kill him just for the keys because they are useful!

Gotta Sweep – The broom himself is the fastest thing in the addon. He is one of the hardest mobs to kill! When this mad broom is spawned, you just cannot keep up with him!

This Is A Bully – The Bully cannot move at all. He holds a Zesty Bar when he is spawned. You will get a lot of Zesty Bars if you kill him. So, I advice you spawn a lot of Bullies in if you want a lifetime supply of Zesty Bars!

Mrs Pomp – Pretty suprising how I included her in this addon! She floats when you spawn her in. She doesn’t drop anything yet but she might drop her shoe in an upcoming update!

The Test – This robot holds a Door Lock when he is spawned into your Minecraft world. He drops them too. So, if you want lots of locks, spawn him lots of times and kill them all!

1st Prize – This robot is very small but very fast! (but not as fast as Gotta Sweep) He drops his heart when he dies. The heart is very useful and can keep you alive!

Filename2 – This mob is a boss and has 500 health and is very hard to defeat. (unless you killed Baldi and obtained his ruler!) He can take a minimum of 5 shots before he gets killed!

Playtime – When Playtime is killed, she becomes very useful if you want string. Because she has a skipping rope, i thought she could drop the string from her skipping rope! When she is spawned in, she holds her one and only skipping rope! 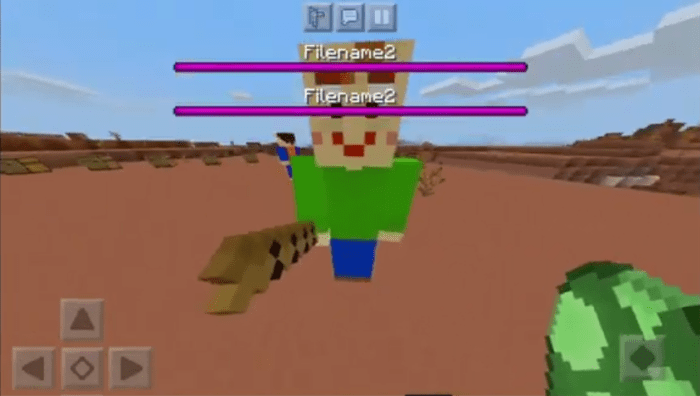 Now for the food. Well, it’s technically not food but you can eat it so that counts right?

WD-NoSquee – When you eat this door-muting item, it gives you Mining Fatigue II and you would not want that as it prevents you from mining certain things. DON’T eat this item whatever you do! (Unless it is a mod showcase then yeah, just go ahead!)

Zesty Bar – When you eat this delicious item, it gives you Speed II because it’s full name is the Energy Flavored Zesty Bar! It is very useful if you want to get away from zombies.

1st Prize’s Heart – When you eat this, it gives you Regeneration II and Health Boost II. If you are on half a heart, I suggest you kill 1st Prize and eat it! 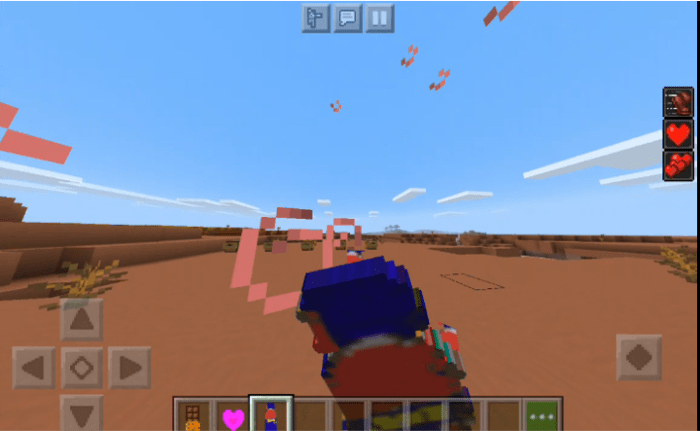 Now for the final thing, the armour! When you look at yourself, you will be amazed!

Faculty Name Tag – When you wear this, it gives you two Diamond Rings known as Name Tags. It has small durability so keep it off when creepers are about!

Big Ol’ Boots – The Big Ol’ Boots are more durable than the name tags but only just! When you wear them, it’ll put these old shoes on your feet. They are better than a Leather Chestplate! 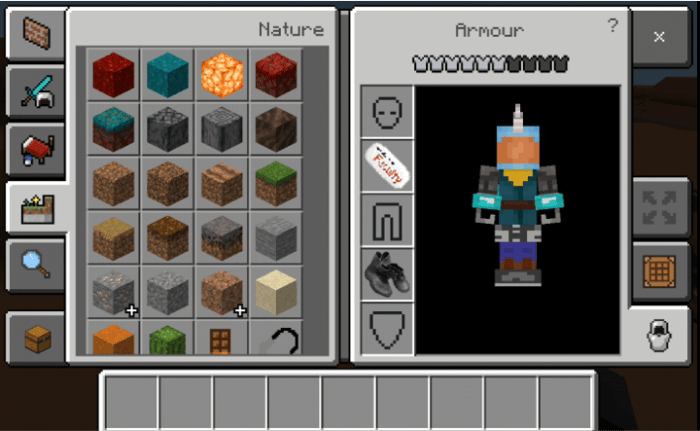 If you like the look of this addon, make sure to subscribe to my channel, JediGamerPlayz. Here is the mod showcase of this addon made by me!

(This addon only works on Android)