To start this addon was created and based on the alien vs predator movies, where you will find different textures and new mobs for your minecraft !!!

brings different sounds, weapons, armor and different accessories to play your minecrafr in a cooler way

This addon was published on MCPEDL.COM and on MY YOUTUBE CHANNEL https://www.youtube.com/channel/UCNWTnqalRfgZFurYGY4Uy4A , it is not allowed to publish this plugin on other Minecraft Addons websites or applications without the permission of the creator you can contact you with me here:  https://twitter.com/jokerMCPE2  If you are going to put my addon on your youtube, put the mcpedl download link or from my youtube don’t put the direct download link or create your own download link or you will get a complaint.

HOW DOES THIS ADDON WORK?
this addon replaces some minecraft mobs, you can find them in your world or spwane them with their spawn eggs

PREDATOR
The predator is a too hostile and strong mob, it will come equipped with its typical claws, automatic weapons, its spear and its armor just like in the movies 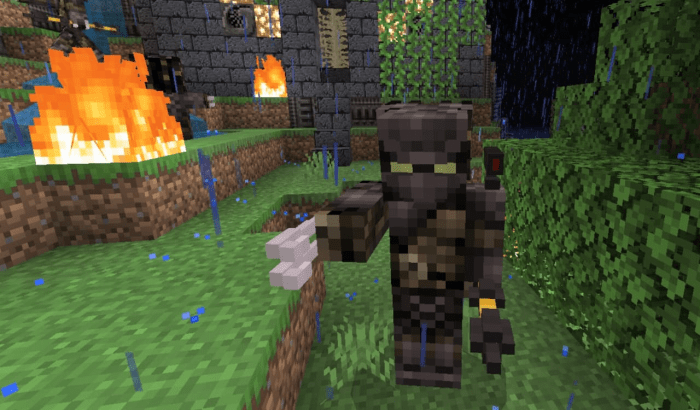 Features:
Health: 450
Damage: 7
by nature it will attack aliens, soldiers, alien queen, and the player 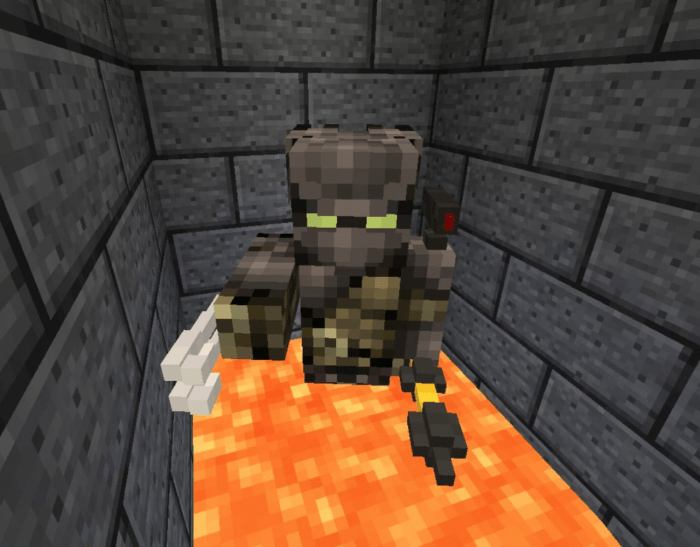 To attack the predator he will use all his weapons, in a certain time or it depends on the scope of his objective he will attack him with his automatic shoulder weapon shooting at his target small fireball 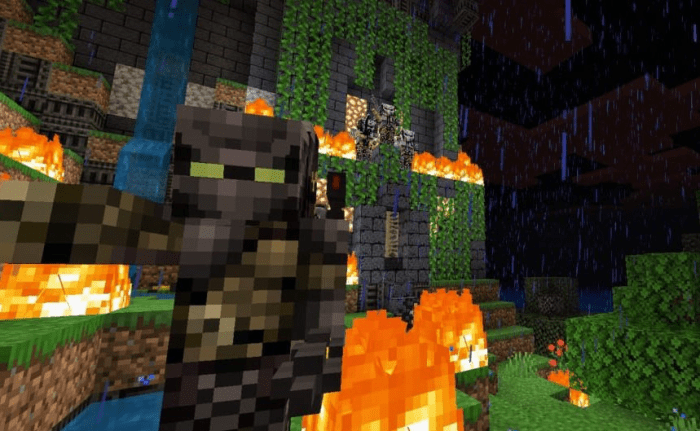 This mob also attacks melee making it very dangerous, the predator is bigger than the player since its scale is 1.3 in height

if you defeat him his loot will be all his armor

ALIEN
the alien is very dangerous and deadly since it is too fast and agile it will attack the soldiers, predators and the player

Features:
Health: 50
Damage: 5
When the alien hits its target it will give a hunger effect to the mob it hits 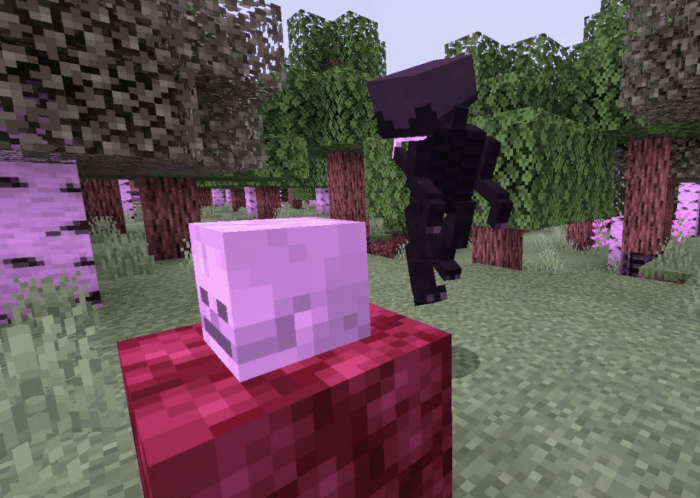 Armours and weapons
All armors generate a new effect to the player making him stronger or faster the same happens with the weapons, they will all have a new texture 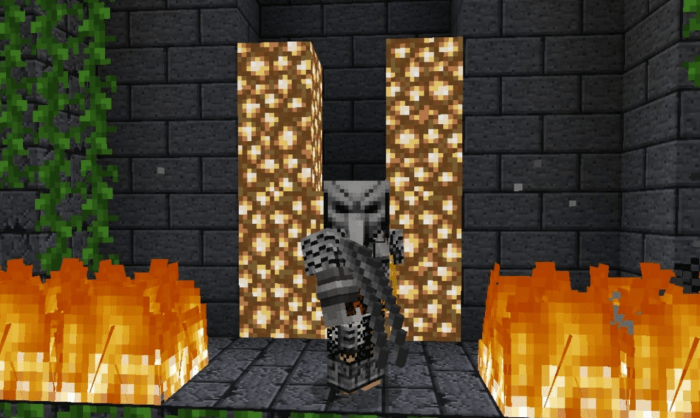 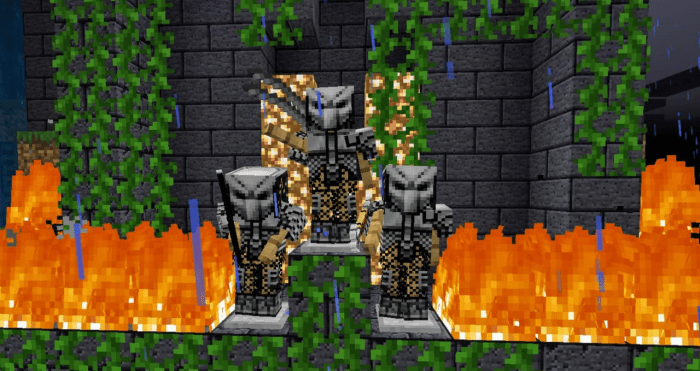 Iron armor
the iron armor makes you very fast and resistant and gives you more hearts of life, this is the armor of the alien
Diamond armor
This armor will make you resistant to everything even the lava adds many more hearts and makes you faster this armor is that of the predator

Alien Queen ( Boss)
This mob is the most powerful of all since it is too strong, big and powerful since it has the power to generate aliens 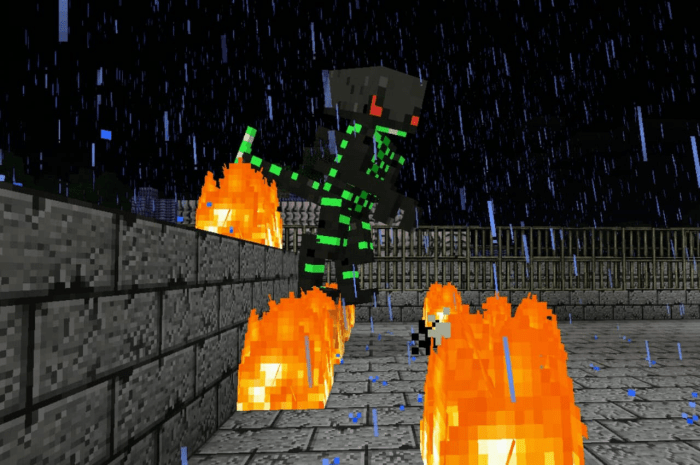 Features:
Health: 500
Damage: 7
what makes this mob unstoppable is not its 2.5 scale height or its damage to melee but its power to throw eggs to generate aliens 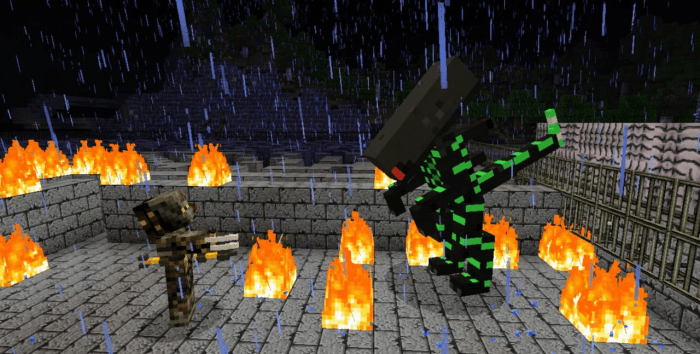 if a normal alien is more difficult to kill imagine the much larger queen and another 20,000 aliens generated by her

To defeat him I suggest the help of a few predators or the help of 20,000 soldiers since the queen will kill you quickly and effectively if she is not her alien children if they kill you.

soldiers
Soldiers are the only mobs allied to yours, they will only attack Aliens and predators

Features:
Health: 30
Damage: use bow (replaced by an electric weapon) 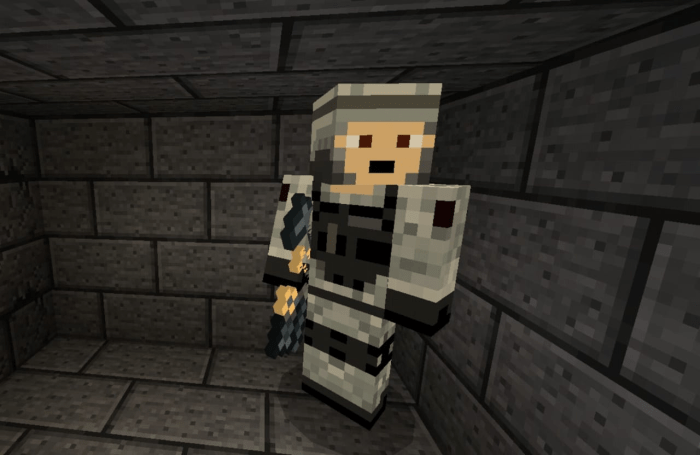 This addon comes with different block textures so you must download it to be able to enjoy this addon in its maximum capacity, the good thing about this addon is that YOU DECIDE WHO YOU ARE, you can be a predator, an alien or a soldier, you write your story in this game. 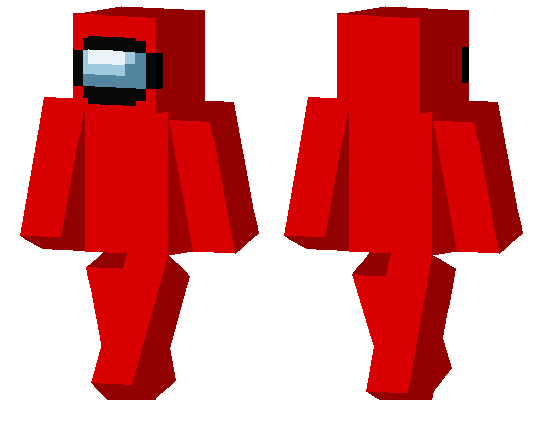