This addon brings some of the characters in the Undertale video game to Minecraft Pocket Edition. You can tame them and keep them as your companions on your journeys. There are also a couple of different bosses which you and your tamed Undertale friends can try to defeat in epic battles.

The Undertale characters can be found spawning in villages since they replace villagers.

You can befriend one of them by giving them a heart (iron ingot).

The Undertale characters (villagers) are incredibly powerful. This means that they will one-shot most mobs and bosses.

There are also three bosses. The only way you will be able to defeat them is by taming a bunch of Undertale characters. The health and attack damages might actually be a bug because they just seem too overpowered. 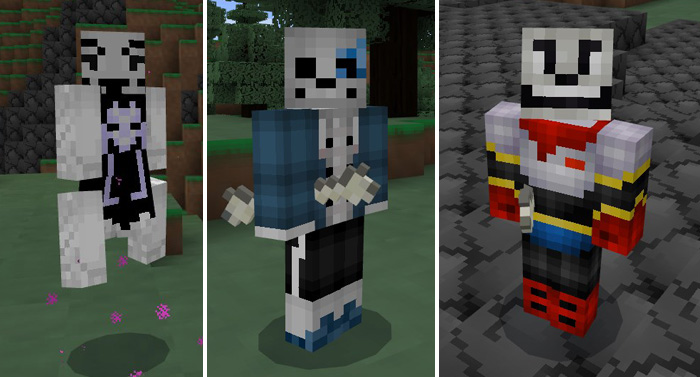