From the creator of Socketed Weapons comes Socketed Armor! With 17 new sets of armor giving you 5 new ways to take on the world. Will you be a Protector or a Controller? A Hero or Warmonger? Will you be the elusive and deadly Rogue? The choice is yours!

Socketed Armor adds 68 new pieces of armor, for a total of 17 sets or armor. It also includes all the required Gems and the Jeweler’s Table from the Socketed Weapons add-on, so you can use it on its own, or both together! This add-on uses the player.json file for armor effects. 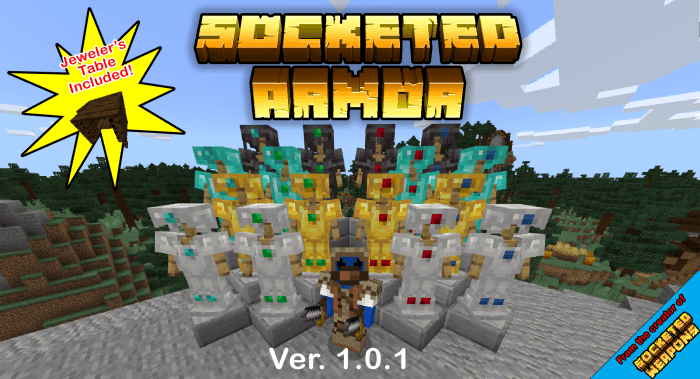 The Rogue is a deadly adversary. Boasting the ability to see in the dark, as well as render their body invisible they can also deal deadly strikes, and assassinate their target from the shadows. This set is fairly cheap and provides powerful abilities, but it’s also not going to provided you with the highest levels of armor. (Sneak to use special ability.)

Once you’ve decided to explore the other sets available you will need your Jeweler’s Table. If you already have one from crafting Socketed Swords, great! If this is your first time, check out the crafting recipe here. You can use any overworld wooden slab.

Now that you have your Jeweler’s Table you are ready to get some powerful armor. Two more things you will need to get firs is a fresh set of armor, Iron, Gold, Diamond or Netherite and one of the four gems, Diamond, Emerald, Ruby, Sapphire. You can get the new gems by mining for them around the same area as diamonds. Each gem provides different effects, each sword changes the strength and duration of the effects.

If you wear a full set of armor socketed with Rubies, you get a small Resistance and Strength buff as well as Fire Resistance. You also gain the ability to call forth a raid upon any unsuspecting village of your choosing. (Sneak to use special ability.)

Wearing a full set of armor socketed with Emeralds makes the player a friend to all villagers, giving them the Hero of the Village buff. Each piece of armor also has double the enchantment value as normal, as well as providing slight buffs to the durability of the armor and how much is repaired per item.

A Protector set, socketed with Diamonds, will put you in the frontlines of battle. Providing you with Resistance, each tier of armor more powerful than the last, as well as immunity to most negative spell effects. The armor itself is also hardened, doubling its normal durability, allowing it to take hit after hit.

If you want to control the battle to your whims you will want to socket your armor with Sapphires. This powerful set provides you with Slow Falling, Haste and immunity to being slowed. You also gain the special ability to slow your enemies (or friends) around you for a short time. (Sneak to use special ability.)

The new gems can be crafted into blocks like the vanilla ones and the Ruby and Sapphire ore can be mined up at the same levels as Diamond. You can also use the Jeweler’s Table to craft gems into blocks or blocks to gems.

Thank you for downloading this pack. If you want to join our community join us on Discord, where you can chat, hangout and get a chance to apply for our Bedrock Dedicated Server. We hope to open more community servers and realms anyone can enjoy in the future!

Want to support the creation of future addons and other content, or get sneak peaks and early access to packs that are being worked on? Become a Member to get access to exclusive perks and game servers! Available through Patreon or PayPal!

To install simply download and run the .mcaddon. Experimental features must be on. 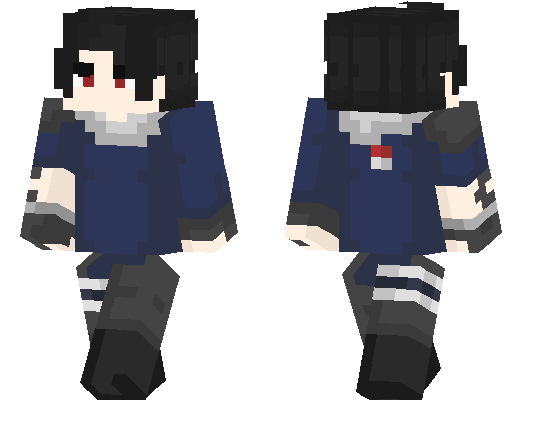 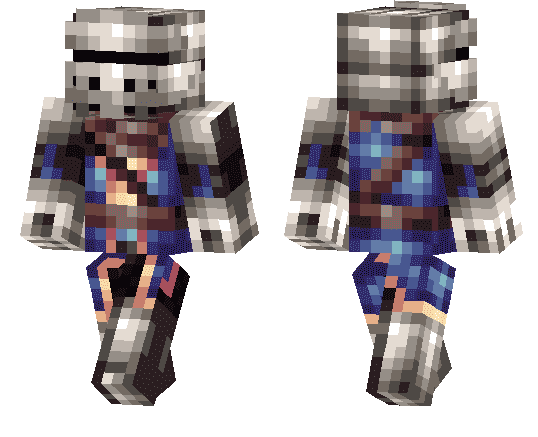