Hello and welcome to the game “Capture The Wool” witch is a simple Minigame that I created so there is spectating, commands and more! Lets get straight into it the Minigame. NOTE: THIS MINIGAME IS ONLY SUPPORTED WITH 6 PLAYERS!

Now you will spawn in a Lobby like this first there is Recommendations in the Minigame there is a Pressure Plate don’t keep jumping on it. When you jump on the Pressure plate. once you step on it it will say You are team then your Color then it will give you 3 Stone Swords and a pop up will say “You will be teleported..” if want to see the lobby see the picture:

Now when you get Teleported you will be in the arena there are chests with wools in it here is the first chest before i show you take the wool form your team chest and place the wool in the dispenser here is chest one:

Now here is the red teams chest you take the blue and place at the dispenser just like in the other photo also there is a spectating system the way it works is first there is a command and its “/tag @p add Spectator” then we have then remove red and blue commands witch are “/tag @p remove Blue” and “/tag @p remove Red” then there is a tp command that teleports the player to the area where they spectate witch is “/tp @p[tag=Spectator] then the coordinates here is a picture of the spectating process: 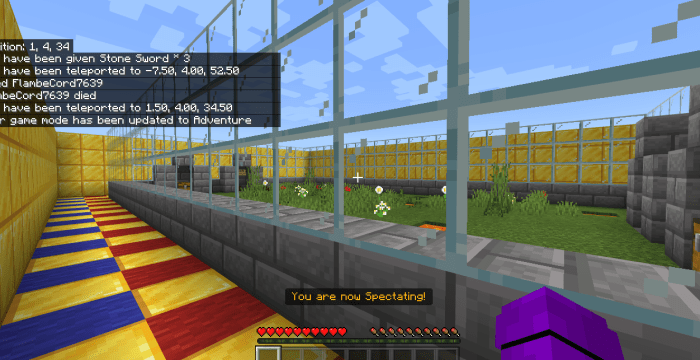 As you can see it says spectating with the floor of gold, blue wool and red wool since your gamemode is updated to adventure you cannot break the glass so that players can fight but I recommend not breaking beacuse when you are place the block down you need to be in survival when  your fighting but don’t break blocks so the game is more fun now that I showed you the spectating process lets show the map at a upper view after that then we will show the command blocks this is what the map looks like: 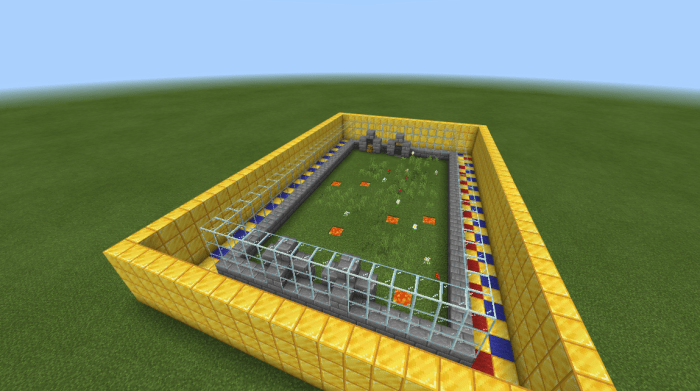 Now there is grass, stone bricks, red wool, blue wool, glass and gold. those are the materials used for this Minigame so the commands have a repeat witch tells how much time until the round is over and there is a tie by using repeaters witch is Redstone so how the game ends is a repeat command detects on what block so the last command is a setblock command witch is set blocking air at the last repeater then that’s how so it doesn’t say tie then when you play again it will clone that repeater back and looping the process and also make sure its masked force NOW the last photo is going to be the commands if you have questions feel free to ask them in the comments also there is going to be a video for this map after the photo. Here is the photo: 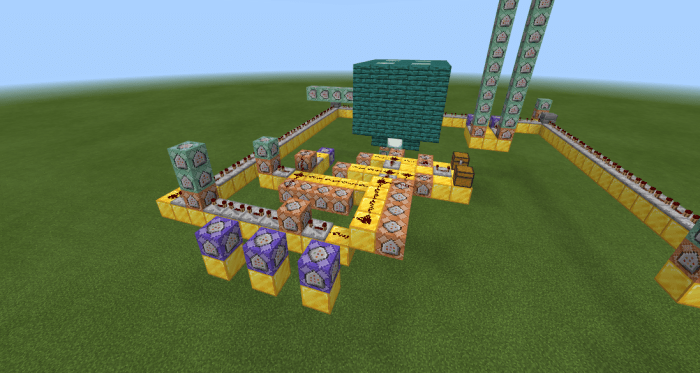 Now first it clones all of the stuff including the chest then the commands will give gear and replace item so players don’t have to put on themselves then it keeps give there and those 3 command blocks will teleport the players all of those repeaters are the time and if there all executed then it will say “TIE!!!” now for more detail here is a quick video of the Minigame: 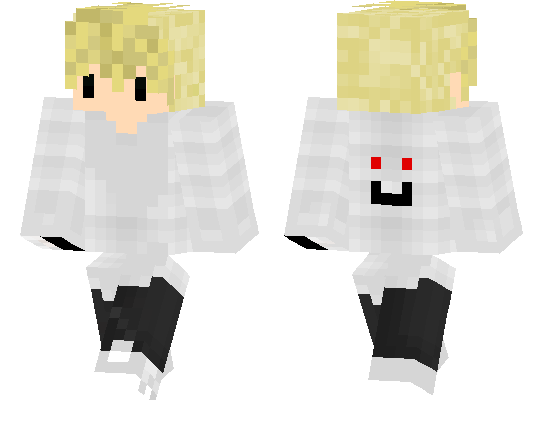 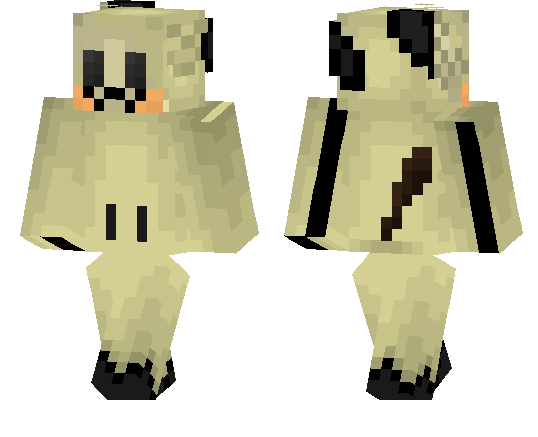