— Some translation are not 100% accurate

— An untranslatable words has replaced with new nearly equal translation

— Some Translation are copied from Minecraft Java 1.5

Unlike old Language pack for bedrock they didn’t translate the store and server . In my pack, i did translate everything such as error purchase message and marketing. However, some of these words couldn’t translated because they are controlled by the internet not system file.

Emotes or also know as ” Pag Arte” . If we translated back we get ” Acting”. As you can see the emotes namely “Over there!” are not translated because they came from internet , not on game file.

As Filipino user, for me, this will help you easy in editing because terms are translated in simple and conversational words .

When you enter the world , you will received this loading screen but Filipino version. Trivias and Tips Message are not working idk why – I already translated them but when I get in a game the message is still in English. Maybe I can fix this on future.

I wrote Sumali Serbiro instead adding “ng” (as Filipino sentence rules) so that ,you the reader , wouldn’t take more time to read. Even it is 2 words only, still understandable , right?

World , Friends and Servers bar translated . But server names are not translatable , again, they are controlled in internet not game file.

Cheat settings and Game rules was translated simply to make you not hard understanding. And also, i used 2 words oftenly , like ” Imbentaryo’y manatili” instead putting “ay” so that it is easy and fast to read as long as the sentence is understandable

Everything buttons are translated like “Ride” a horse(Umakya) , ” Trade” in piglins (magpalitan) and more.

Death Message is working for any entities like pet dies and player dies.

In operating command blocks , jigsaw blocks, structure blocks you will see that most of words are very deep and pure tagalog. As I said in the title of this pack , It’s PURE tagalog

Enchantments translated in deep Tagalog , it seems you are in Indigenous or Filipino Myths

All potions are translated together with their effects that appears in hovering . Some effects and potion are the same in translation and some are not. Example : Potion of Feather falling(Pakpak) has an effect called Slow falling (Bagal Hulog) . YES, they have different Translation

Some words has this style in translating and i called this ” Clipping” style. Where root words were added in order to connect the words and to produce effective meaning .

• Warped Fungus on a stick, is:

Okay i don’t need to explain these below. You can look the pictures

Did you see any common of the two picture above? They share the name “Imoyer”. Impyer Translation was taken up from Java Edition version 1.5 . I’ll take it because it is nice for me. And today’s java edition, sadly they remove their old translation and stay the “Nether “word.

As I said in the “Notes” section, some translating are not 100% accurate. There’s no equivalent word for ” Dripstone” because it is geologic word. Then , I apply my second style in translating – ” Word by word” . So, i did word by word Translating instead of getting the idea of a word. But no worries in this term because it still sounds good and ancient😆. It is still 80% correct because in Dripstone (Patakbato) the water drips (patak) on a stone (bato).

The most.. longest .. Translation is these iron stuffs. Because we have different forms in iron like “Waxed” ” Weathering” and ” Cut ” and their also building forms like ” Stairs ” and ” Slabs”.

Very long right? How it would be like if I add more or follow the Filipino translation rule like adding “na” or “ng”. It makes more long

The term “Kulog” literally means “Thunder” and this translation word was taken up from Minecraft Java 1.5 version .  “Panakwil” Means resistor in electronics.

My third style in translating is ” Derive ” Translation . There is no equivalent word for Ghast in Tagalog but I know that there is “Ghost ” word in English. So i derive the ghost word. How it is? In Filipino , ghost is “Multo” . When we Derive “Ghost” back to Ghast (where a become o). “Multo” as well become “Multa” . That is why ” Ghast” is ” Multa” and “Ghost” is “Multo”. This is little bit funny haha 😆

Kilabot means “Creepy ” or that frightens you . Again, this word was taken up from Minecraft 1.5 Java version.

And also their error feedback Message

Structures and Biomes are completely translated . Then , this will affect the locate command Feedback Message

You can use this language pack on your video but please leave a credits link on this mcpedl site not MediaFire , or else Ill report your channel 🥺😁..

Also, do not copy the translation and republish it and if I found out that we have same translation then ..watch out ⌚😆

Again, do not remake this pack and claim as yours , And if you want to share this anyone or anywhere - don't forget to give the link of this mcpedl site NOT THAT MediaFire , or else I ll report you or your video 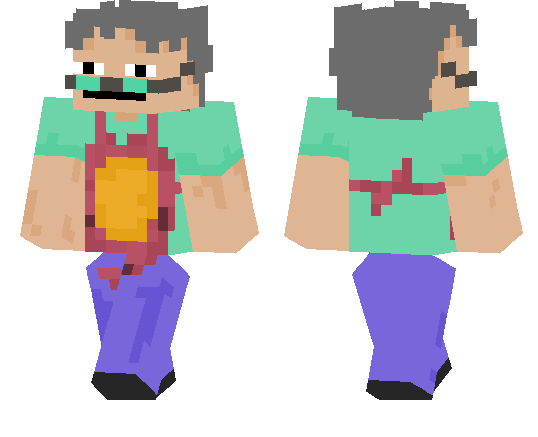