MissileCraft adds five missiles to the game. The missiles can be used to target specific locations and bomb them. It’s the perfect weapon for mass destruction and should be used with extreme caution.

The five different missiles will cause different amounts of destruction but each of them is considered extremely dangerous and will act with high precision.

Place down a platform base with the use of the Missile Platform Maker (item id list found further down). Then place a missile on top of the platform. 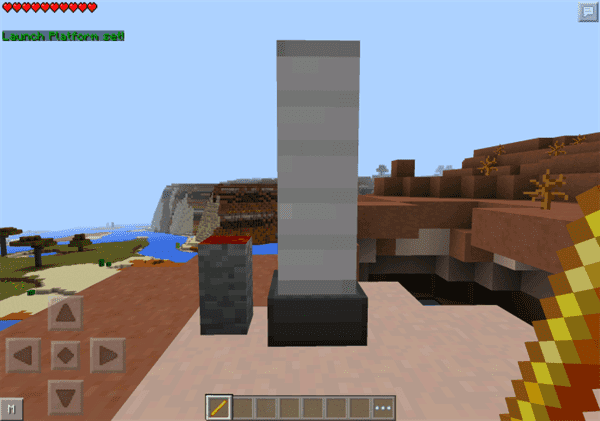 Next you will need the Position Definer to define two positions. Tap on the platform object to define the first position and then tap on a block in the area which you want to bomb.

In our example we went down to the little house you can see on the image and tapped on one of the blocks.

Get back to the missile platform and use an empty hand (important!) to to tap on the red button next to the platform to activate the missile.

The missile will launch up into the air. 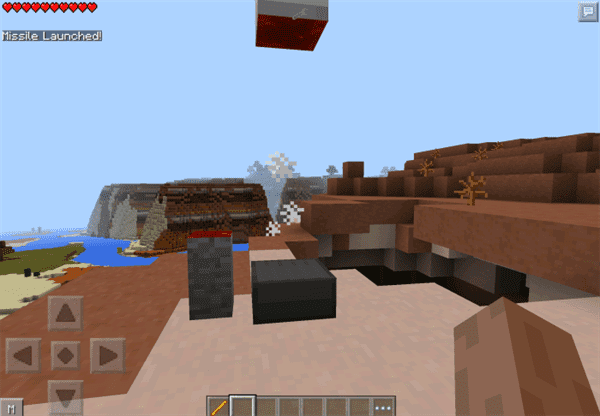 After 5 seconds or so it will drop from the sky in the direction of which you have selected.

The entire house and much more was destroyed. As you can see it’s a quite effective way of destroying things.

Neither of the items or blocks can be crafted but you can still get them easily through the creative inventory or the Too Many Items mod.