This add-on is designed to do a few things.  First, it stops creepers from destroying blocks when they explode.  Second, iron golems and creepers will attack one another on sight.  Finally, in the latest version, villagers will steer clear of creepers like they do other hostile mobs.  This works on Realms too!

Are you tired of creepers roaming where they please blowing all your good redstone creations and artwork to pieces?  Are you tired of them roaming through villages like they belong there, blowing up parts of the village like the villagers and iron golems don’t care?  Doesn’t make sense right?

I feel the same way, so I wrote this addon.

The first thing it does, it make it so that the creeper’s explosions doesn’t destroy blocks.  The following pictures illustrate what I mean.  Here’s a whole bunch of them creeping (get it?) up on an iron golem about to explode: 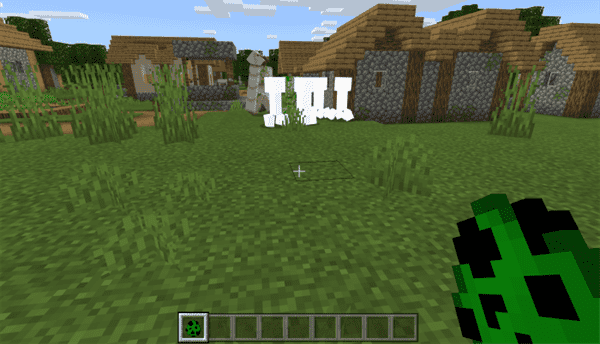 And here are them exploding: 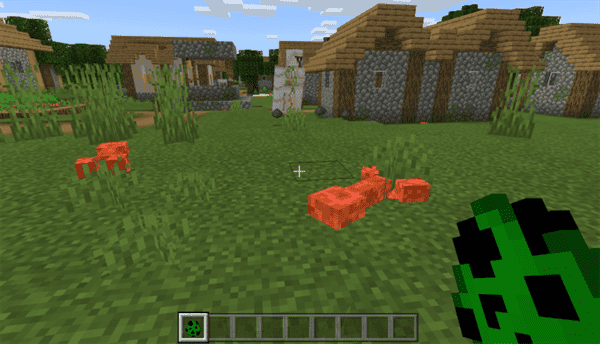 SECOND, creepers and iron golems attack are no longer buddies who protect but destroy the village at the same time.  I mean, what’s up with that right?

The iron golems finally got your back! 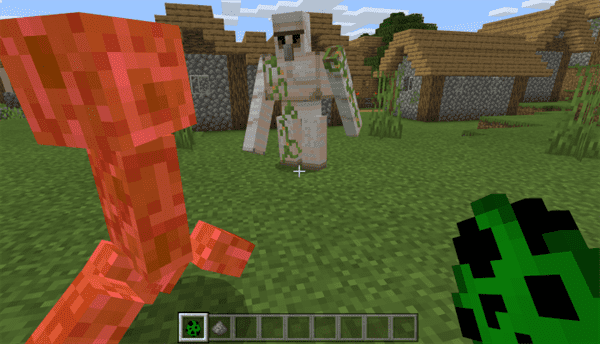 They will attack them just like they would a zombie or skeleton. 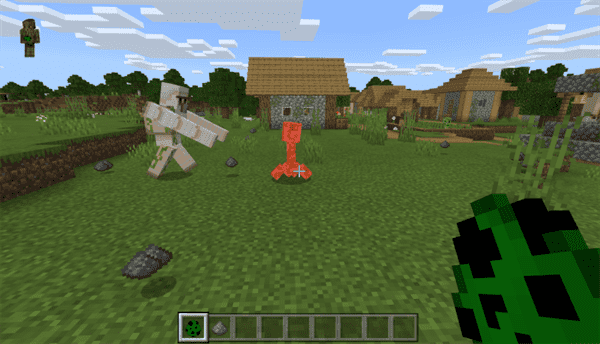 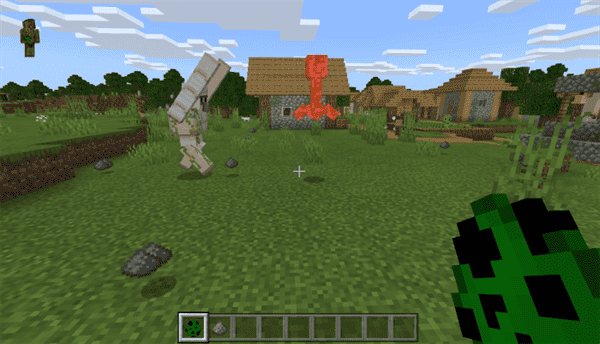 NOTE!  Though the creepers don’t break blocks, it doesn’t mean they’re not dangerous.  Mobs, and that includes you, still take damage when they explode.  They can still potentially kill you, so be careful!!!  Also, in the latest version of this addon, I’ve made it so that villagers avoid creepers like they do any other mob.  That way, when the battle is on, your little friends will stay out of harms way. 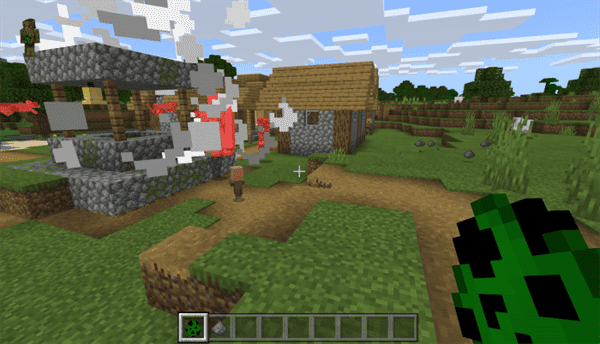 2.  Minecraft should open and say importing.

3.  Go to "Behavior Packs' for your map or realm and press the plus by Krads Creeper Pack to add it.

Godzilla The King of The Monsters Addon
Minecraft PE Addons 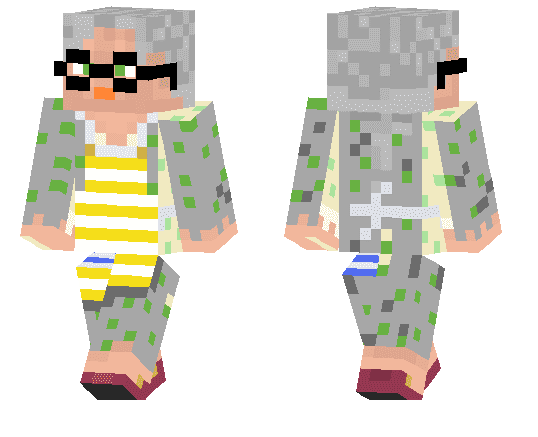 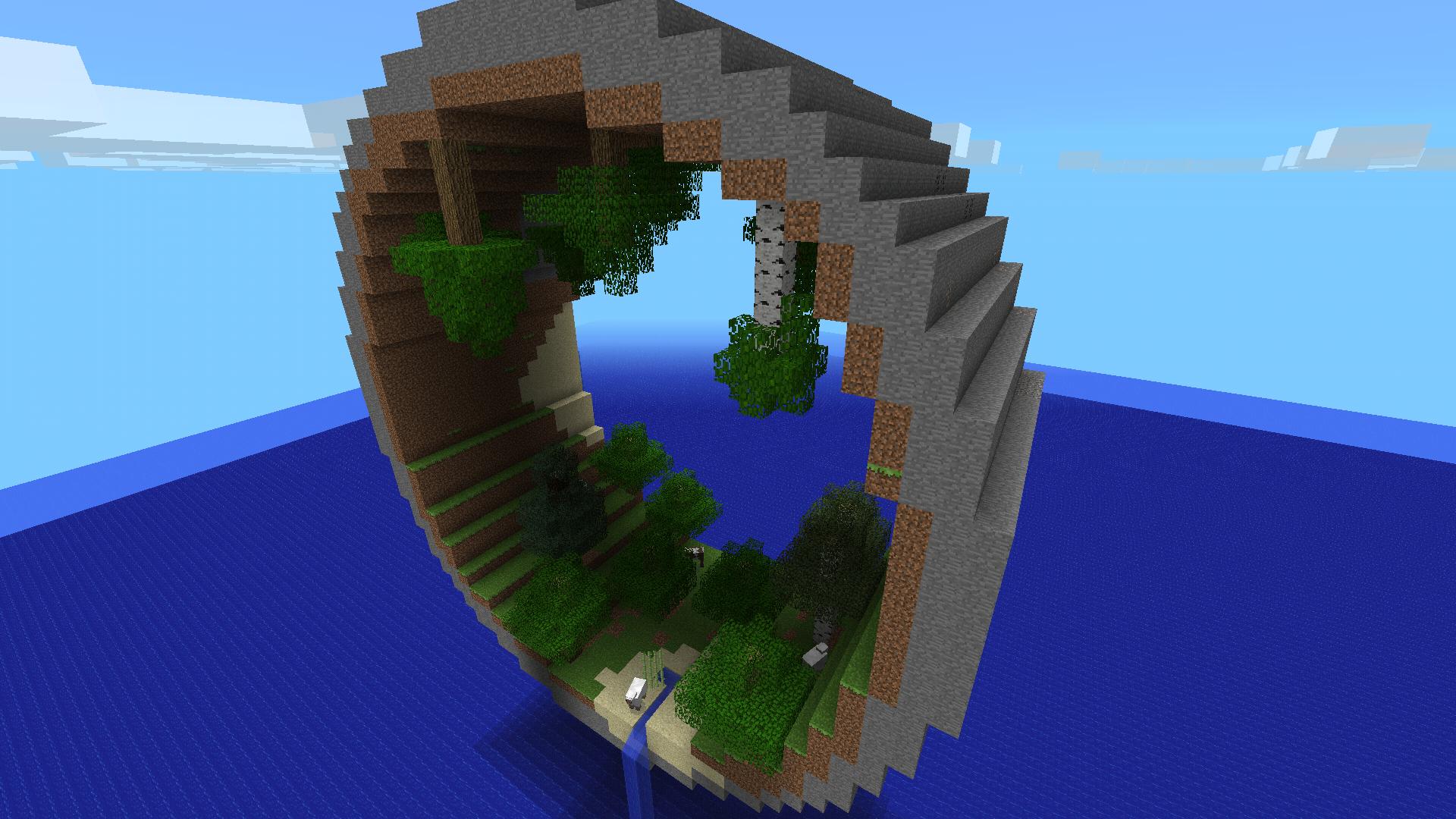