This is an add-on which lets you learn the powers of alchemy by going through a ritual of sacrifice and absorption. Once you’ve become an alchemist you will gain a few new abilities but also be able to learn the magic possibility of absorbing mobs into their infancy as eggs. It really takes add-ons to an entire new step of complexity!

How to become an alchemist?

To become an alchemist you must first go through a ritual. For this you will need a golden chestplate and an enchanted apple. You’ll also need to find an endermite or a silverfish.

As an alchemist you have a couple of new abilities:

Before you can absorb a mob to a spawn egg you will need to learn about the sun and moon energies. Some mobs require sun energy to be absorbed and others require moon energy.

Make sure to wear the golden chestplate and have an egg equipped in your hand when interacting with the mob.

As soon as you do that an explosion will occur and you’ll receive a mob spawn egg in your inventory.

You can then use the spawn egg to spawn the mob anywhere you like. 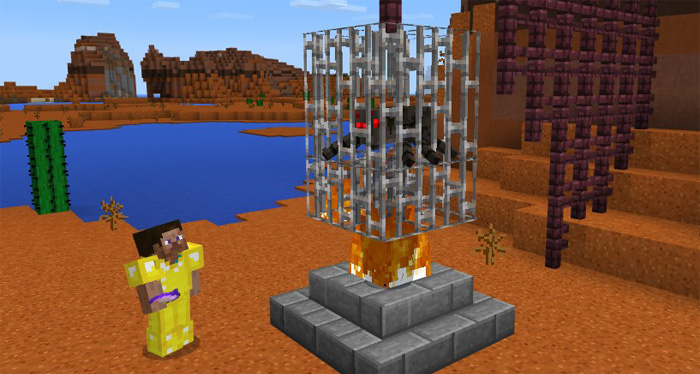 You can get a .ZIP file for this add-on here!

Minecraft But, Every Block Is Invisible
Minecraft PE Texture Packs