Dinosaurs of Kem Kem addon features a variety of creatures from early cretaceous Northern Africa. All creatures can be tamed except for fishes and Kronosaurus Boyacaensis. Only Spinosaurus, Carcharodontosaurus and Deltadromeus are rideable.

To all prehistoric animals lovers

Kronosaurus Boyacaensis is special, you can use cooked cod to develop a “friendship” with its cub, so that it won’t attack you and other sea creatures after it grows up, however it cannot follow you nor help you fight against other mobs. You can ride it, but you cannot control the direction. Kronosaurus Boyacaensis can carry maximum 3 people on its back. 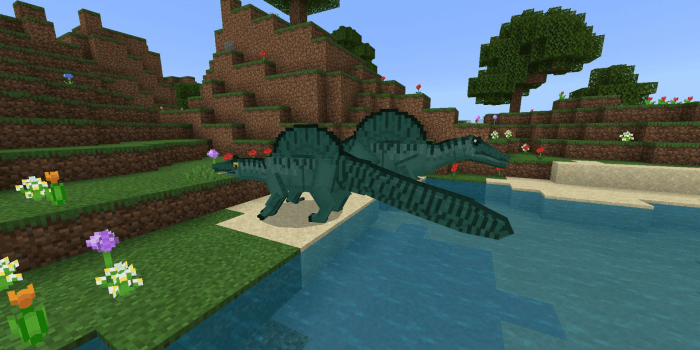 Spinosaurus might be the most famous mob in this addon. They will spawn in rivers and swamps. You can use cooked cod to tame the baby, and use raw cod to accelerate its growing/help it recover/reproduce. After the spinosaurus is fully grown, you can mount it and ride it. Spinosaurus can only swim on the surface of the water when you ride it, just like a boat. If you have trouble go ashore while riding, please climb off its back and walk ashore, it will follow you onto land. 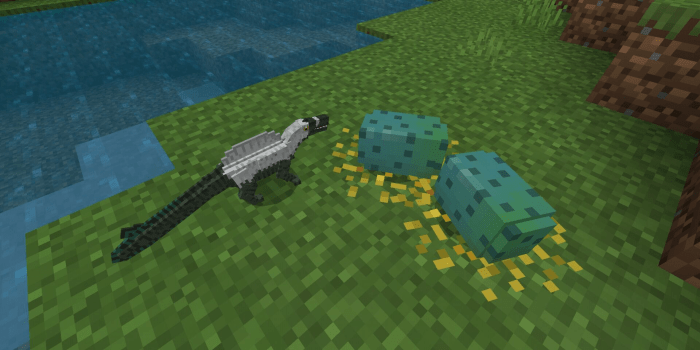 After mating, two spinosaurus can lay one egg. Be careful not to let hostile creatures such as rugops destroy their egg! New born spinosaurus with furry hair cannot be tamed, you can tame it after its skin turned to scale (by waiting or feeding it raw cod). 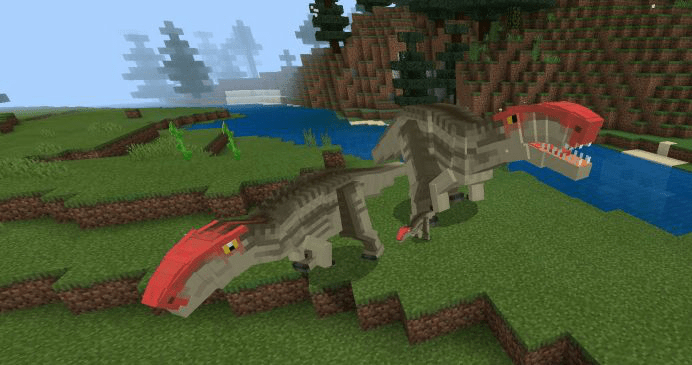 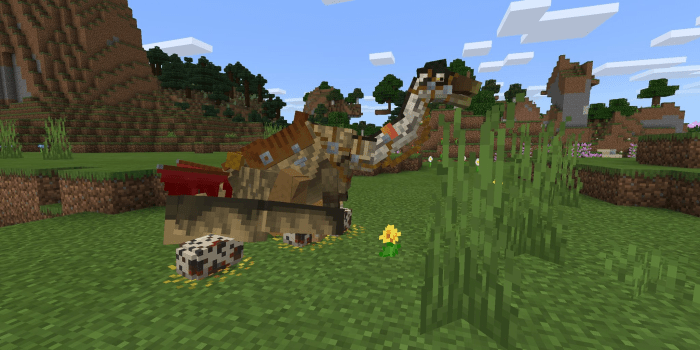 That’s a deltadromeus! You can use cooked cod to tame its baby, and use raw cod to accelerate its growing. You can use saddle to mount adult deltadromeus, and it can run super fast. 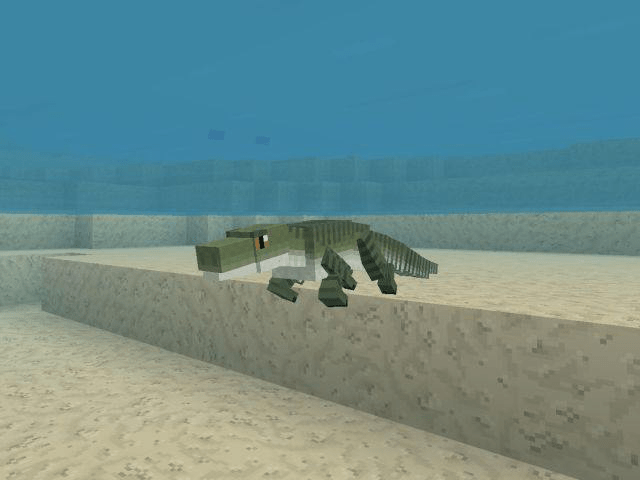 These cute little land crocodiles are araripesuchus. They will spawn in various biomes. After seeing its prey, this little monster will attack crazily. Luckily they are harmless to players. You can use cooked cod to tame its baby, and use raw cod to accelerate its growing and reproduce. 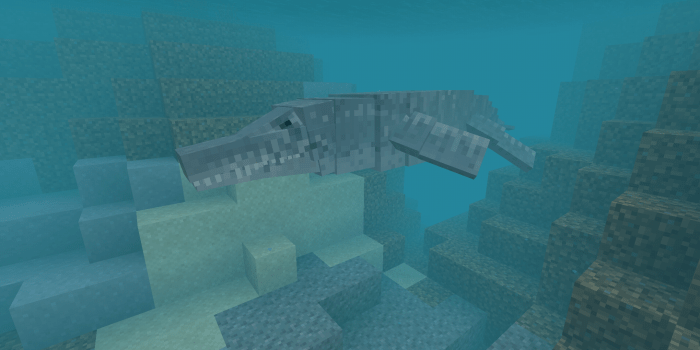 Kronosaurus Boyacaensis is one of the most powerful sea creatures. It is sometimes temperate and sometimes hostile. The way to make friends with it has been listed above. 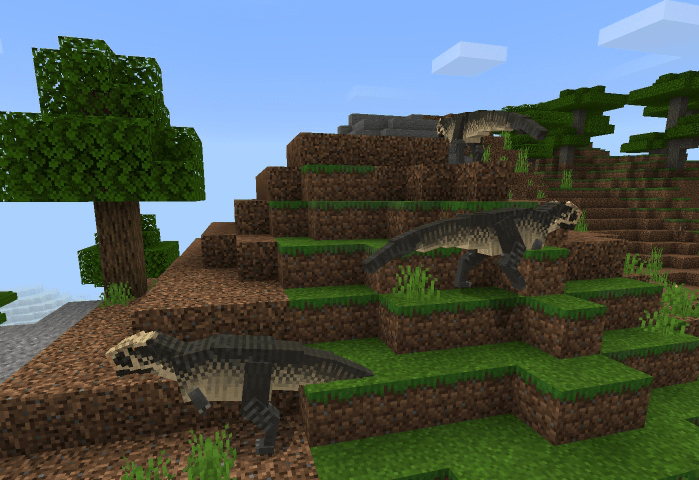 Never ever let Rugops get close to any eggs! You can tame this cool abelisaur with cooked beef, and use raw beef to accelerate its growth, reproduce and recover. 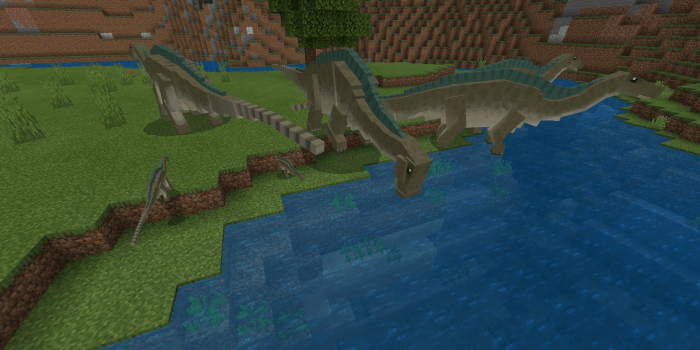 Rebbachisaurus is a neutral herbivore, but don’t provoke these giants. You wouldn’t wanna let 20 tons of flesh to bear down your head. It can be tamed using hay bale (block) and you can use wheat to accelerate its growth and reproduce.

Creatures of this addon are way more than these. There are 17 creatures in total, such as two species of pterosaurs, ‘Moroccan raptor’, onchopristis, aegisuchus, and many more fish as well. All mobs have their own eggs except for fish and poor aegisuchus.

That’s pretty much all there is to say about this addon, but the stories of the Kem Kem group has just begun. With countless new paleontological discoveries made in Morocco and Algeria since 2020, this ancient land is glowing with new vatality…

To the Kem Kem group,

This addon will bring you the extinct creatures of the Jehol Biota from the early cretaceous period. Stay tuned and follow Yaju Senpai on YouTube for the latest updates!

both zip and mcaddon files are available. 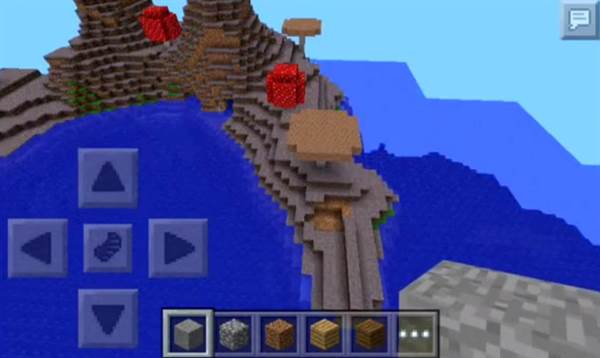 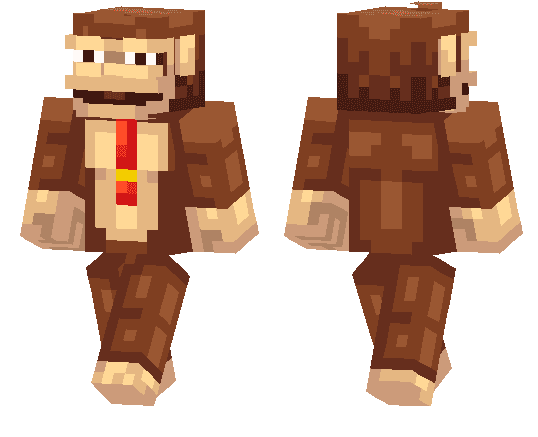