The Rift is a custom made command block boss fight. The boss is basically a zombie, but unlike normal ones. This zombie is way stronger and can carry out multiple different attacks. Everything is powered by command blocks. It’s also programmed to track your movement and carry out special passive attacks (see about section). This map uses no special addons. Everything is vanilla based. There are 4 difficulties. Each difficulty decides the power-up spawn rate and the type of kit that you receive.

A sudden radiation from a meteorite caused massive amounts of energy to radiate through a small town. This energy caused a tear in the time-space continuum causing a massive rift to open up. From this rift emerged a super mob. Not the normal everyday zombie but something much stronger. 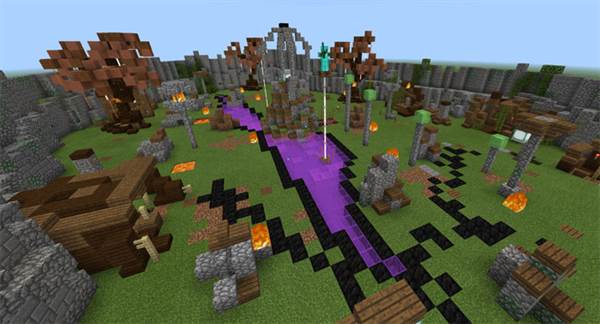 Choose a difficulty and press the start button. You’ll receive a dragon head in your inventory. Drop the dragon head on the bedrock block at the altar in the middle of the arena near the cage-like structure. 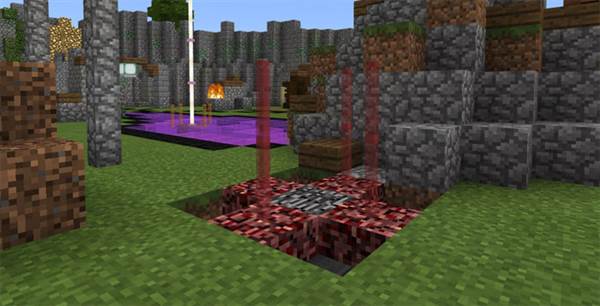 The boss is programmed to track your movement. Movements like jumping, melee, shooting, etc can be tracked by the boss. He’ll release countermeasures corresponding to the type of activity that you do. He’s not very advanced at the moment as MCBE lacks a lot of commands. 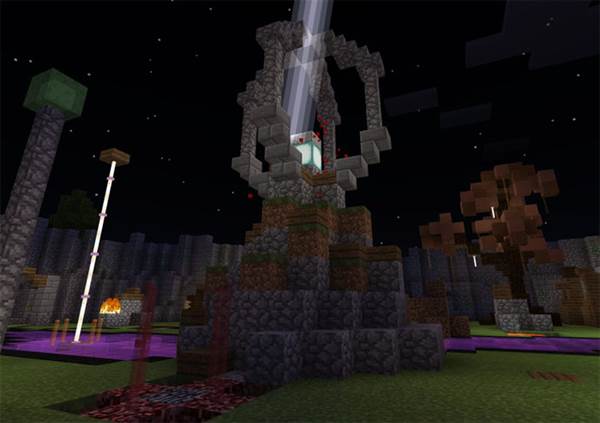 Powerups/Drops can randomly drop throughout the fight. They will aid you in battle.

Note from the creator: This is to show the people a glimpse of the stuff that is possible with commands in bedrock, even though it lacks a lot of commands. Hopefully a creation like this can inspire other creators. Please read all the information that is available in the map. 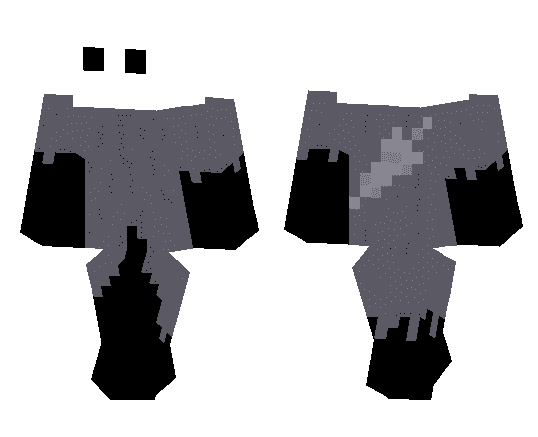