The Admin is the main antagonist from Minecraft Story Mode Season 2. He is made out of prismarine blocks and he is much larger (and more dangerous) than any of the mobs in the Overworld. By using this add-on you will find him spawning in savannah and extreme hills biomes (since he replaces llamas). He’s considered the strongest and most powerful boss in Minecraft so make sure you’re well prepared before fighting him!

Don’t mistake this giant for a friend. He’s nothing but evil! Villagers, iron golems, snow golems or players – none of you are safe. He has more health than any other boss in Minecraft and his strength will one-shot most of his targets.

You can find him spawning in extreme hills and savannah biomes. Make sure to bring lots of potions, gear and weapons before ever trying to fight him. 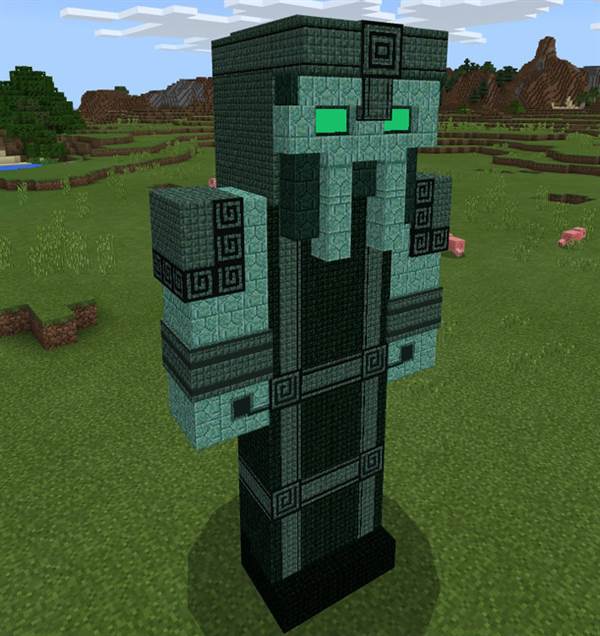