This is an addon which adds four superhero armors, a bunch of new tools and weapons and also a couple of evil villains to Minecraft Pocket Edition. Equip the armor and weapons and participate in epic battles with villains such as Venom, Loki or any of the other ones which have been added. It’s a battle between good and evil and it’s up to you to decide who win!

Some of the armors in Minecraft have been replaced with the armors of Superheroes. Neither of them offer any extra abilities or powers. However, you can use one of the weapons (which are listed further down on this page) to get some superpowers.

The following weapons have been implemented to offer a more powerful range of tools and weapons which you can use to battle the new villains in Minecraft.

Here you can see Thor’s Hammer (also known as Mjölnir) in action. The most powerful weapon appears to be Hawkeye’s Bow which replaces the Bottle o’ Enchanting. It’s clearly incredibly powerful but serves as the perfect tool for anyone who want to be a superhero. 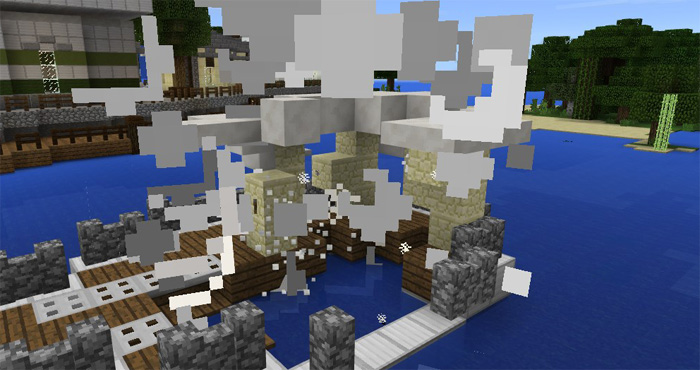 Some mobs have been replaced by new evil mobs which will try to harm the player if they get the chance. Make sure to grab one of the new weapons before you try to kill any of the following mobs. 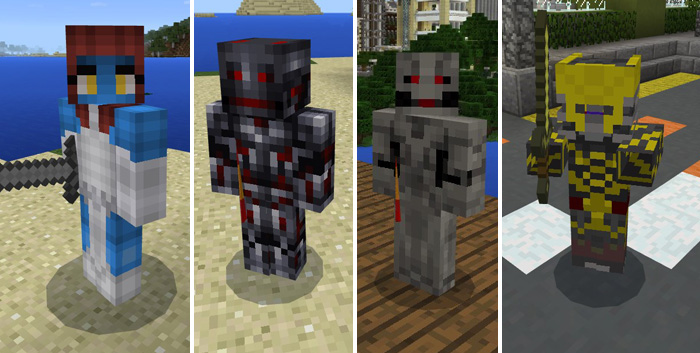