This map includes multiple different minigames such as Disasters, King of the Hill and Hide & Seek. It has been in the works for somewhere around 8 months and it has been through thorough tests to ensure functionality. The games are mostly powered by command blocks and redstone and they are all possible to reset once they have been played. You can choose whether to play this map alone in single player or in multiplayer.

You’ll spawn in the seige lobby. This is for the seige minigame where you will have to protect a snow golem (and yourself) from attacking mobs. You’ll earn iron, gold and other items while playing which you can use for purchasing weapons, enchantments and upgrades via the shop system.

There’s also another lobby which you can go to in order to access more games. 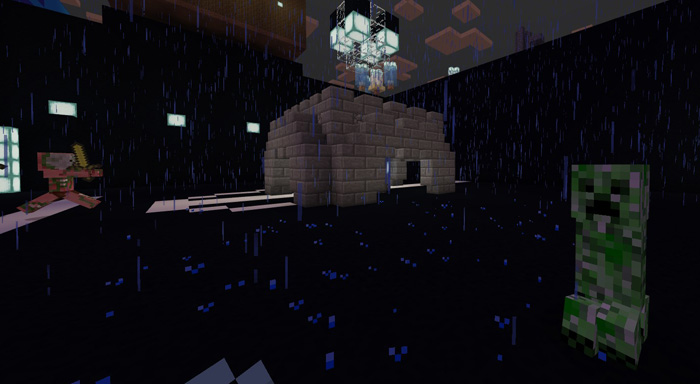 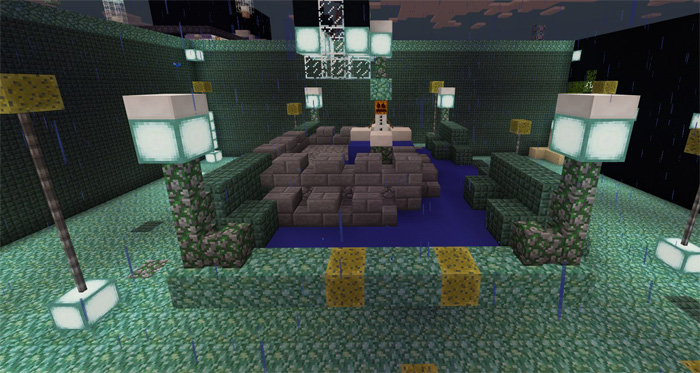 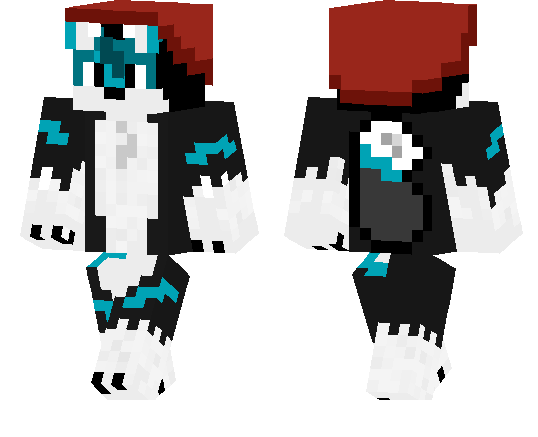