This is an addon which is useful for anyone who is desperate for food, but for some reason doesn’t want to kill other life forms. It’s also good for anyone who wants a more social and at the same time beneficial interaction between animals and humans, and not just use them as farm animals. In short, it adds trading for animals.

You can trade with any of the following animals and it works much similar to trading with villagers. Just make sure that you’ve got something to exchange with them. Emeralds are no good here as they will want things such as wheat, carrots or similar. 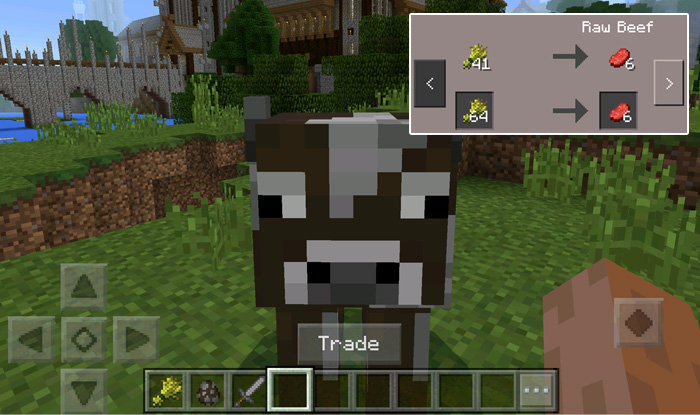 The traded items which in this case was some raw beef will be added to your inventory. 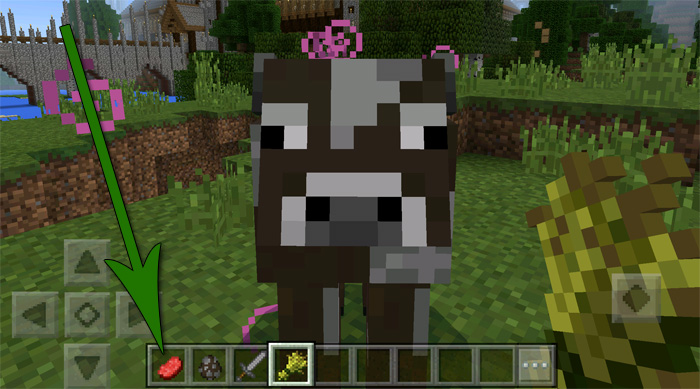 Important: This addon requires the 1.0.4 beta (or above). Android users can sign up for the beta here!