This addon adds wizards to the game who serve as a new difficulty for players in-game. They are very powerful since they can throw explosive charges and poisonous potions at their enemies as well as heal themselves if things get bad for them.

Wizards (replace witches) are neutral mobs which can be found spawning in swamp biomes. Their health exceed most monsters and so does their attacking abilities. As a result it’s a quite dangerous mob to come across.

Minions (replace skeletons) are hostile mobs which attack witches and players. They shoot small fire charges and can quickly create hell around them. Killed witches transform into minions. The Wand (replaces bow and arrows) can be used for firing lightning bolts.

Wizard’s Robe (replaces the chainmail) can be used to add a magic flavor to your player. It purely a visual change and doesn’t tweak any behaviors. 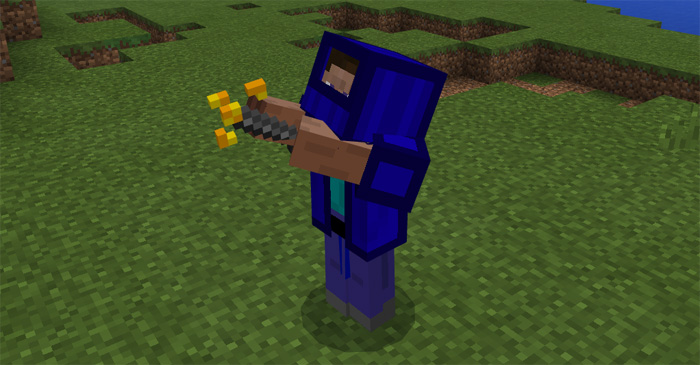 You can get the .ZIP file here.