The Freaky Creeper is much more unpredictable than the normal creeper. It’ll chase after you and then try to mount your head. It’ll then start blinking as if it was going to explode. But no, it won’t explode yet. It’ll let you think for a moment that you are safe. But just when you have reassured yourself about the danger it will explode. Poof – everything gone!

The normal creeper is replaced by an even more creepy creeper known as the Freaky Creeper. It’s much faster than it’s predecessor and it also causes a bigger explosion.

However, before exploding it will mount your head but It won’t explode immediately. It’ll trick you for a moment that everything is fine but then finally explode. 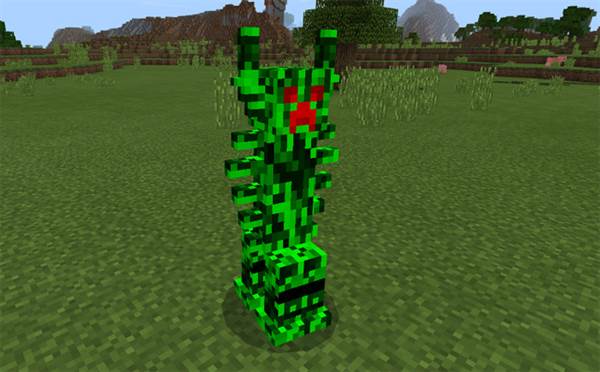